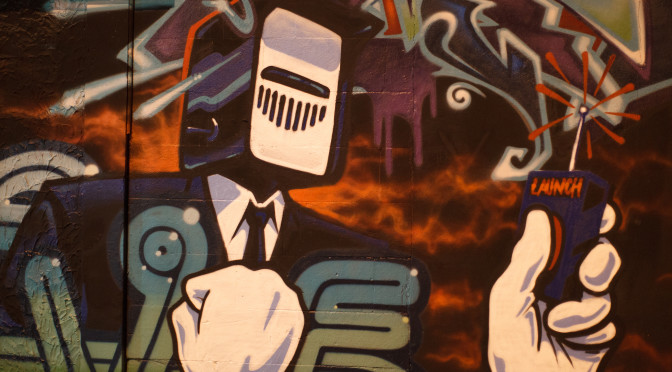 My shiny Mac Pro just arrived along with a pair of Dell 28 Ultra HD (P2815Q) Monitors (2160p). I anxiously plugged everything in, fired up Google Chrome, and waited…and waited…and waited…and waited. The dreaded spinning pinwheel of death greeted me and it took minutes for each page to load. Not even the chrome://settings/ or chrome://version/ pages would load. Chrome was basically unusable.

Odd, since everything was running fine when I had the Mac Pro plugged into my Sony R550A 60″ HDTV (1080p). I begrudgingly switched to Safari and started to do some digging.

Turns out the latest Chrome Stable and Chrome Beta (as of 13-Mar-2014) eat themselves right in the face when plugged into 4K or UHD displays. I’m unable to find a specific bug report but I did manage to find a single general complaint thread in the Google Product Forums from Oct/Nov 2013. Turns out I’m not the only one experiencing this problem.

Luckily the problem has been fixed in the latest Chrome Dev 35.0.1883.0 and Chrome Canary 35.0.1888.0 builds so just download either of those versions. Chrome now completely screams on the Mac Pro.

5 thoughts on “Is Google Chrome running obscenely slow on your obscenely expensive Mac Pro or Retina MacBook Pro with 4K or UHD monitor? Fear not…”